The 54 year old Moscow woman convicted of trafficking methamphetamine has been sentenced to 6 and a half years in federal prison. Tami Miller pleaded guilty in federal court in Idaho in August to conspiracy to distribute meth.

US District Court records show that her sentence was handed down on Tuesday which includes 5 years of supervised probation. Federal Judge Edward Lodge agreed with the sentencing recommendation from the US Attorney’s Office. Miller’s defense attorney asked for just over 5 years in prison.

Miller was first arrested by Moscow Police in October of last year when officers raided her home and found over a pound and a half of meth, more than 16,000 dollars in cash and 4 firearms. Authorities first learned of her drug operation 4 years ago when Lee Thang and Jeanie Lee were busted for running large amounts of narcotics in Moscow. Lee told police that she supplied drugs to Miller.

The local charges were dropped in July when the US Justice Department took the case. The federal indictment showed that Miller began running meth in 2013 and continued dealing even after she was arrested. The indictment found that Miller continued her drug trafficking until April. She was released from the Latah County Jail in Moscow in November of last year after posting bond. 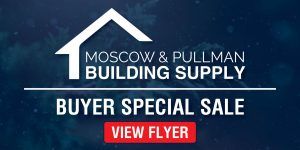