A home in Bovill was destroyed by fire over the weekend.  The Latah County Sheriff’s Office reports that the fire on 4th Avenue was called in around 1:00 early Sunday morning.  The home was fully engulfed in flames by the time volunteer firefighters from Deary and Bovill arrived on scene.  No one was hurt.  The cause of the fire is under investigation. 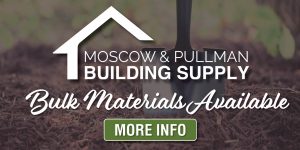