Colfax’s Police Chief says low morale in his department is being caused by understaffing, failing equipment and budget constraints.  Chief Rick McNannay brought the issues to Colfax City Council and the Mayor during a year end report that he presented during Tuesday night’s council meeting.

Chief McNannay has been down an officer since the May departure of a policeman to Washington Fish and Wildlife.  That position has not been authorized to be filled to help keep the department’s budget balanced.  The reduced staffing means the Colfax PD is down to 5 officers.  Chief McNannay says equipment for his department is failing and nearly all of his patrol cars are over 10 years old.  A police car that was totaled last year has been paid for by the insurance company but those funds haven’t been used for a new car.  Colfax Mayor Todd Vanek says that money was used instead to try and keep the department’s budget balanced.  Financial constraints have led to the Colfax PD to end 24 hour patrols.  Chief McNannay says that has forced either himself or his only officer that lives in town to be available for calls in the middle of the night.  Revenues for the department are down as Whitman Hospital and Medical Center in Colfax reduced its contract with the PD for 24 hour patrols.  Chief McNannay also told council that he will be down an additional officer starting next month when one of his staff goes on maternity leave.  He notes in his report that nearly all of his officers are actively looking for new jobs.

Chief McNannay argues that the discretionary portions of his budget, that he has control over, ended last year with a 3,300 dollar surplus.  Mayor Vanek says that the Colfax PD’s total budget ended with a 37,000 dollar shortfall.  Chief McNanny’s report also mentions a purported “rumor” in Colfax that officials want to eliminate the PD.  Mayor Vanek denies that claim.

These issues come to light on the heels of major personnel change over in Colfax City Hall.  The city has gone through two administrators in the past year.  The fire chief quit after just a few months on the job in 2017 and a newly elected councilwoman resigned recently after just a few weeks in office. 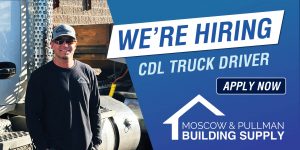