Whether you’re a business trying to engage consumers or a political candidate wooing voters, before your ad hits the airwaves, make sure it passes the Gossage test:

“An ad should ideally be like one end of an interesting conversation.”

The “interesting” part depends on your content and its relevance to the listener. As to the “conversation,” there are two ways you can engage the listener: either as a participant or an eavesdropper. You can talk directly to me, or you can let me listen in on someone else’s conversation.

The late Dick Orkin was a master at creating great theater-of-the-mind using dialogue, as in this spot for Time Magazine:

Listener-as-participant is the approach most often taken by radio writers. With the right script and the right voice, nothing else is needed to capture and hold our attention, as illustrated by this award-winning spot for Ortho’s Fire-Ant Killer, delivered by killer voice actor Steve Morris:

It’s true that national advertisers and ad agencies have greater resources at their disposal than most local small businesses can afford. Does that mean you must settle for second-rate work? Hardly, especially in radio, the only pure-sound medium.

Listen to this spot for a local music store, which ran successfully for many years, featuring the voice of Cliff Miller, lead singer of local band The Fabulous Kingpins and an employee of the store at the time. I recorded Cliff on a portable Sony Walkman in a teaching room above the store.

A couple more local examples of eavesdropping on other people’s conversations. First, this true story as told by the participants:

Whether you’re hearing that spot for the first time or you’ve heard it before, chances are it held your attention. And holding a listener’s attention long enough to make a meaningful impression is the goal of every advertising message. Some succeed; too many fail. But one of the keys to success is having a firm grasp of whether your listener is going to be a participant or an eavesdropper.

This becomes even more important in the other spoken-word broadcast medium, television, because now you have to control the picture, as well as the words.

For example, there’s a political race in our area that’s drawing national attention, the race for U.S. Representative for Washington’s District 5 between Cathy McMorris Rodgers and challenger Lisa Brown. Stay with me for a moment and you’ll see just how audience engagement can be crippled by a single, simple lapse in perspective.

First, here’s a :30-second TV spot for Congresswoman Cathy McMorris Rodgers in which two presenters take turns talking to us:

It’s an effective approach. The alternating conversations keep us engaged as the story moves forward. Cathy comes across as confident, competent, and comfortable.

Now, here’s a similar spot featuring her challenger, Lisa Brown, also talking directly to us…or so it seems. Because at :53, 1:30, and 2:06 into the spot, the producer inexplicably decides to show us that it’s not a conversation; it’s a performance:

Setting aside the candidates’ political differences, McMorris Rogers’ spot is decidedly more engaging. Brown’s decision to call attention to the fourth wall* for no good reason is an unnecessary distraction. It draws our attention away from the candidate and toward the video producer! With all the money being thrown at this election, I’m surprised the Brown camp let this get past them.

For those of us who work in spoken-word media as ad writers or producers, it’s essential to understand the distinction between participant and eavesdropper throughout the message. And since a campaign consists of multiple messages, it’s usually advisable to preserve that distinction from one message to the next. Consistency will help drive your message, your business, your brand deeper into the minds of your prospects.

Need help with your advertising? It’s as near as your phone. Let’s talk!

*The “fourth wall” is a convention in performance art, an invisible barrier separating the audience from the action taking place onstage or onscreen. We, the audience, can see through the wall at the action taking place; but they, the actors, cannot see us watching them, as they go about their performance. However, when an actor takes cognizance of the audience, either through direct address or reference, he is said to be “breaking” the fourth wall. Breaking the fourth wall turns an observer into a participant, as when House of Cards’ Frank Underwood suddenly looks straight into the camera and confides in the viewer, or in this scene from Blazing Saddles.

P.S. Can you imagine James Bond turning to the camera and start talking to you?  Never! 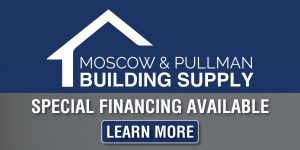