The founder and president of the region’s largest private employer is calling for the elimination of a new Washington state tax that takes effect next year.

Dr. Ed Schweitzer president of Schweitzer Engineering Laboratories based in Pullman has sent a letter to Governor Jay Inslee regarding the Washington Cares Act.  The act takes effect next year and initially charges people who work in Washington 58 cents per every hundred dollars of income.  The tax will fund a state mandated long term care insurance benefit.  That program intends to pay up to 36,500 dollars starting in 2025.

Schweitzer says, “Forced participation in the government program is no substitute for individual choice and responsibility.”  He is asking the governor to terminate the tax before Washington workers “begin paying for something they don’t want, need or may never see even if they did want it.”  Schweitzer points out that the State Actuary of Washington has determined that the program will not raise enough money to pay for the promised benefit leading to future tax increases.  His letter also reminds the governor hat many of SEL’s employees live in Idaho so they would pay the tax but never benefit from it.  Schweitzer concludes that the payroll tax is actually an income tax which is unconstitutional in Washington.

The Pullman Chamber of Commerce is hosting a working meeting this morning at 7:30 to discuss the new tax.  Anyone interested in taking part is asked to email the chamber at chamber@pullmanchamber.com. 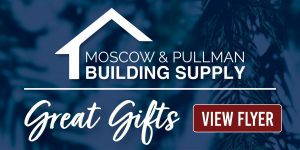