The historic Manning Covered Bridge over the Palouse River near Colfax was destroyed in a wildland fire today.

Crews appear to have gained an upper hand on the blaze which started around 10:30 this morning.  Moscow Rural Fire Department Chief Brian Nickerson helped command the firefighting response in the afternoon when Whitman County Volunteers were called to the firestorm in Malden.

Nickerson confirms that the Manning Covered Bridge was destroyed in the fire.  Chief Nickerson says crews had a good handle on the fire by late in the afternoon.  Several units from the Moscow Rural Volunteer Fire Department were called in to assist.  The Whitman County Sheriff’s Office reports that the fire is mostly under control.  The agency says that several structures were damaged in this blaze.

This fire has been state mobilized bringing in crews from around Washington.  Officials in Olympia report that the Colfax fire has burned about a thousand acres.  The fire burned scattered timber and brush in the Palouse River Canyon downriver from Colfax near Green Hollow Road.  The flames also burned into the fields above the canyon.

After helping gain control of the fire outside Colfax Moscow Volunteers were immediately called to help battle a wildfire near Orofino.  The Moscow units were joined by volunteers from several other Latah County departments in responding to Orofino. 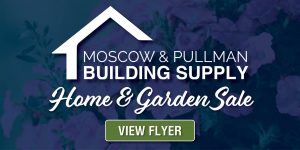