A legal oversight has forced the City of Moscow to drop misdemeanor charges for alleged pandemic violations against 5 Moscow residents.

Former Latah County Commissioner candidate Gabriel Rench, Jesse Broussard, Tyler Marines, and Sean and Rachel Bohnet were charged with misdemeanors stemming from the September 23rd psalm sing.  The gathering to sing outside Moscow City Hall was promoted by Christ Church.  They were charged with misdemeanors for allegedly violating the city’s emergency orders requiring masks and social distancing along with resisting and obstructing justice.

City Supervisor Gary Riedner says the omission is unfortunate and has resulted in confusion.  He apologizes for the city staff’s role in causing the confusion but is proud of the city attorney for discovering the omission.  Riedner says dismissing the cases is the right thing to do.

Bautista says that her decision to drop the cases does not impact the validity of the city’s pandemic order for activities that aren’t exempt. 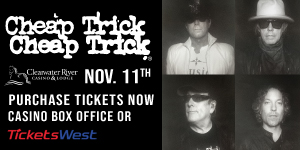