For a team that wasn’t even supposed to be there the Logos School mock trial squad out of Moscow fared very well at nationals over the weekend.  The Knights finished 7th out of 46 teams during the competition in Boise.  Logos went 3-1 defeating Louisiana, Tennessee and Colorado before losing to eventual national champ Iowa.  Logos Senior Sofia Minudri received one of ten Outstanding Attorney Awards out of the roughly 500 high schoolers that argued at nationals.  The Knights lost the state title to Ambrose Academy in a very close match.  But since Idaho was hosting National Mock Trial this year Logos got in when an odd number of teams signed up.  Ambrose by the way finished one spot ahead of Logos placing 6th.  This the second highest finish all time for Logos at nationals.  They placed 5th four years ago.  The team now holds the record for most appearances at National Mock Trial with 17. 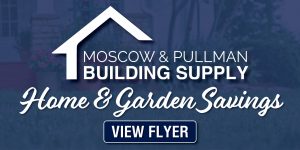