A man was taken to the hospital after he accidentally shot himself in the hand and leg in Moscow.

Moscow police and paramedics were called to a home on Van Buren Street early Tuesday morning for a gunshot victim.  Authorities say the man was clearing a jam in a revolver when it accidentally went off.  He was taken to Gritman Medical Center in Moscow. 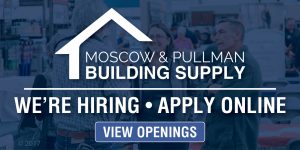