The University of Idaho’s annual Take Back the Night rally is Thursday night.

The event is an effort to spread awareness of interpersonal violence on campus.  Former UI diving champion Mairin Jameson will deliver the keynote address.  Former UI Athletics Director Rob Spear was fired in 2018 for mishandling Jameson’s sexual assault case.  Take Back the Night starts at 7:00 on the Theophilus Tower Lawn.  The speech will be followed by a candlelit march around campus.

The event is part of the UI’s Katy Benoit Campus Safety Awareness Month.  Benoit was a UI student who was murdered in 2011 by a UI professor after she broke up with him. 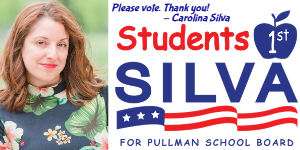