The long-planned for new section of U.S. Highway 95 South of Moscow is now scheduled for construction starting next year.  The Idaho Transportation Department has released its draft seven-year Transportation Improvement Program plan.

The work was initially set to start in 2003 before a coalition of local environmentalists sued to stop the project.  The Palouse Ridge Defense Coalition continued to fight against the safer highway arguing that it would destroy native Palouse prairie.

The ITD seven-year draft plan also includes new turn lanes for US95 North of Moscow at Estes Road and North Foothills Road in 2027.  ITD has also delayed the construction of 2 new bridges on US95 just South of the Potlatch “Y”.  That work has been pushed out a year to 2022.  Other proposed highway projects in Latah County includes a new bridge on State Highway 3 over the Middle Fork on the Potlatch River near Juliaetta next year.  A Northbound passing lane on US95 over Riverside Hill near the “Y” for 2021.  In 2025 the plan calls for a Northbound US95 passing lane just North of the “Y”.  And in 2026 ITD plans on building North and Southbound passing lanes on US95 between Beplate and Freeze Roads North of the “Y”.

ITD is accepting public comments on its draft Transportation Improvement Program in July.  You can learn more about commenting here https://itd.idaho.gov/funding/?target=draft-itip 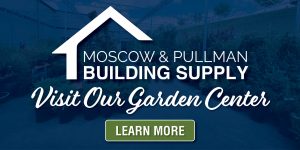