WSU dropped 36 spots to 212th in this year’s ranking.  WSU President Kirk Schulz and WSU Pullman Chancellor Elizabeth Chilton were asked about the ranking plunge during Thursday’s Faculty Senate meeting.  President Schulz didn’t mince words about his reaction to the ranking drop.  You can listen to his candid comments by clicking on the audio file below.

President Schulz also informed the senators that the athletics department plan to pay back its accumulated debt will be presented in the spring.  President Schulz has stated repeatedly over the years that Cougar Athletics will repay its total accumulated debt back to the university.  The total debt amount is currently expected to increase to 77 million dollars during fiscal year 2025.  That’s according to a document that was presented to the WSU Regents last week.

President Schulz and Chancellor Chilton also addressed the institution’s ongoing enrollment declines during the meeting.  WSU enrollment this fall is down nearly 8% from a year ago. 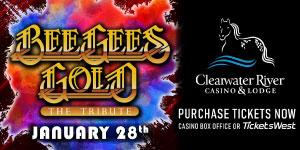 Nov
27
Sun
all-day Sharing Trees in Pullman
Sharing Trees in Pullman
Nov 27 – Dec 11 all-day
Pullman Child Welfare has set up their Sharing Trees at Pullman Building Supply, Neill’s Coffee & Ice Cream and Columbia Bank.  Take a tag from a Sharing Tree, purchase the item and return it unwrapped to any Sharing Tree location by the end of the day on December 11th.  For [...]
Dec
1
Thu
all-day Festival of Trees in Colfax
Festival of Trees in Colfax
Dec 1 – Dec 28 all-day
The Festival of Trees will be held in the Libey Gallery at The Center next to the Colfax library December 1st through the 28th.  Bring the family to tour the beautiful, colorful, creative display trees from the Colfax Chamber, ReMax, Napa Auto Parts, Colfax PTO, Raven Square, and many more.  [...]
Dec
7
Wed
7:00 pm Advent Service in Moscow
Advent Service in Moscow
Dec 7 @ 7:00 pm – 8:00 pm
Augustana Lutheran Church in Moscow will hold an Advent Service on Wednesday at 7pm.  For more information visit moscowlutheran.org.
Dec
9
Fri
6:00 pm Jingle & Mingle in Colfax
Jingle & Mingle in Colfax
Dec 9 @ 6:00 pm – 8:00 pm
The Festival of Trees will be held at The Center next to the Colfax library through the 28th.  There will be a community celebration “Jingle and Mingle” on Friday from 6-8pm.  Holiday spirits by donation and appetizers will be served.
Dec
10
Sat
11:00 am Winter Marketplace at Sunnyside ...
Winter Marketplace at Sunnyside ...
Dec 10 @ 11:00 am – 4:00 pm
The Holiday season is coming up and we would like to help support small businesses within our community! Sunnyside Elementary will be holding our very FIRST Winter Marketplace, located in the Sunnyside Elementary gym on December 10th from 11am to 4pm. Come shop local and handmade businesses, check off those gift [...]
View Calendar