The WSU Regents will receive the plan during their committee meeting on Thursday.  The administration wants WSU to spend between 2 and 3 million dollars annually on athletics starting in July.  The request is part of a broader plan to balance this year’s athletics budget and to address the department’s accumulated debt which will be paid back.

Documents to the regents show that the long-term plan to get Cougar Athletics out of its annual budget deficit relies on 3 key assumptions.  The most notable is that Cougar Athletics would be financially unfeasible if it left the Pac-12 conference.

Administrators note that WSU is one of only 7 institutions in the country that doesn’t help pay for athletics.  The other universities that do not fund athletics are high-profile Power 5 schools Louisiana State, Nebraska, Ohio State, Oklahoma, Penn State, Purdue, and Texas.  WSU administration wants the proposed annual 2 to 3 million dollars in university spending on athletics to come from all campuses with a higher proportion from Pullman.

The report to the regents includes a plan to balance the current year athletics department shortfall which has improved.  Revenue from the Pac-12 with the resumption of football and the expected men’s and women’s basketball seasons has injected about 6 million dollars into this year’s Cougar Athletics budget.  That has helped drop this year’s projected shortfall to 22 million dollars.  To make up the deficit in the current budget, administrators are hoping to borrow 22 million dollars from the Pac-12.  The plan, which has yet to be finalized, would allow WSU to borrow against future conference media revenues.

To help balance future Cougar Athletics budgets administrators are proposing to make permanent 1 to 2 million dollars of the 8 million dollars in cuts that were made to the current spending plan.

The proposal still expects that athletics will end its annual budget deficit in fiscal year 2023.  That’s when Cougar Athletics will begin paying back its accumulated debt which was last estimated to reach over a hundred million dollars.

The WSU Regents will receive the plan as a “Future Action Item” during their Finance and Compliance Committee virtual meeting on Thursday at 1:00.  You can watch the meeting here https://www.youtube.com/channel/UC-tdS40X5ld-a4KfarLJuDw 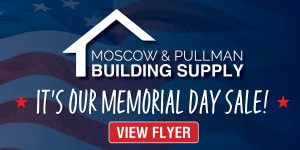 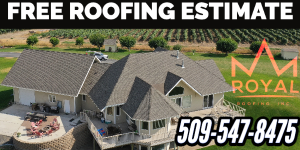