He is “…hopelessly out of date, and amazingly current. He was the outstanding copywriter and strategist of his time; he made $100,000 a year and more writing advertising when that kind of money was important even to the U.S. Treasury.”

The writer was talking about Claude C. Hopkins (1866-1932), a pioneer of modern advertising. In 1923, he wrote a little volume entitled, Scientific Advertising.  No less a giant than David Ogilvy thought it so essential a work that he wrote:

“Nobody should be allowed to have anything to do with advertising until he has read this book seven times. It changed the course of my life.”

Four years later, Hopkins published his autobiography, My Life In Advertising. These two books, still readily available, are the distillation of a remarkable life’s work in sales, advertising, and promotion. For my money, they’re worth their weight in gold to anyone who sells, creates, or uses advertising to build an enterprise.

Hopkins himself wrote of his philosophy and methods:

“I am sure I would fail if I tried to advertise the Rolls-Royce [as Ogilvy later did with great success], Tiffany & Co. or Steinway pianos. I do not know the reactions of the rich. But I do know the common people. I love to talk to laboring-men, to study housewives who must count their pennies, to gain the confidence and learn the ambitions of poor boys and girls. Give me something they want and I will strike the responsive chord. My words will be simple, my sentences short. Scholars may ridicule my style. The rich and vain may laugh at the factors which I feature. But in millions of humble homes the common people will read and buy. They will feel that the writer knows them. And they, in advertising, form 95 percent of our customers.”

He gave the advertising world concepts we take for granted today: testing and measuring for results, product sampling, demonstration selling, the use of coupons, the advantage of specificity over generalization, selling service, cooperative advertising, preemptive advertising—his work for Schlitz Beer is a classic example:

“I went through the brewery. I saw plate-glass rooms where beer was dripping over pipes, and I asked the reason for them. They told me those rooms were filled with filtered air, so the beer could be cooled in purity. I saw great filters filled with white-wood pulp. They explained how that filtered the beer. They showed how they cleaned every pump and pipe, twice daily, to avoid contaminations. How every bottle was cleaned four times by machinery. They showed me artesian wells, where they went 4000 feet deep for pure water, though their brewery was on Lake Michigan. They showed me the vats where beer was aged for six months before it went out to the user…

‘Why,’ they said, ‘the processes we use are just the same as others use. No one can make good beer without them.’

‘But,’ I replied, ‘others have never told this story. It amazes everyone who goes through your brewery. It will startle everyone in print.’”

The result? Hopkins gave meaning to purity. Schlitz, the number five brewer at the time, leapfrogged to a first-place tie within just a few months. He considered it one of his greatest accomplishments and used the technique successfully for other products and clients.

Want to become better at what you do? Take a lesson or two from the past and get yourself a copy of the combined volume of My Life in Advertising and Scientific Advertising by Claude C. Hopkins.

You can also download a free copy of the latter volume here.  Or here. 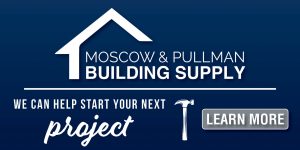